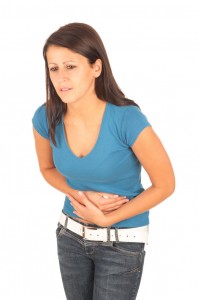 “I have come to the conclusion that a good reliable set of bowels is worth more to a man than any quantity of brains”   Josh Billings 1815-1855
After having treated many patients with Candida yeast infections over the years, I have come to understand that not all those who believe they have a yeast infection actually have one. Many patients in fact suffer from SIBO (small intestine bowel overgrowth), others have a combination of bacteria, parasites and yeasts causing all manner of digestive and systemic related problems. Let’s take a look at a very common problem, one that is often overlooked or misdiagnosed by conventional medical practitioners, a problem with bowel parasites, especially two I commonly encounter in my clinical practice, namely Blastocystis Hominis and Dientamoeba Fragilis.
Before I continue with this article, you should know I've recently compiled a list of science-backed ways to get rid of candida yeast infections. You can download my free Candida Report here if you haven't yet.
Are you experiencing symptoms including fatigue, stomach pains, constipation, diarrhoea, loose bowel, weight-loss, or brain fog? Maybe you have been diagnosed with a condition such as a Candida yeast infection, irritable bowel syndrome, chronic fatigue syndrome, food intolerance or food allergy?  Well guess what? It may be that you have an infection with common parasites including Blastocystis Hominis or Dientamoeba Fragilis.

What Are Blastocystis Hominis and Dientamoeba Fragilis?

Before I go into more detail about what these parasites can do and the symptoms they produce, let me enlighten you as to what these bugs actually are. Blastocystis Hominis and Dientamoeba Fragilis are tiny microscopic parasites which can be discovered in the stools of a patient and can commonly infect the digestive tract. I’ve found that many doctors tend to turn a blind eye towards these two parasites, telling their patient that “they don’t cause symptoms” and for the patient to “get on with their life, as their is little that can be done”. An incredible 35 – 40 percent of patients we see with irritable bowel syndrome and chronic fatigue syndrome in fact have these parasites, but because 5 to 10 percent of normal healthy people have them too, they are virtually ignored as having much potential to cause much pain and suffering. But I can tell you this, these little bugs cause cause you a HUGE amount of suffering for years, even decades. I have seen countless patients who have lived a very poor quality life until these parasites were finally eradicated.

What Are Symptoms of Blastocystis Hominis and Dientamoeba Fragilis Infection?

It is possible to be infected and become a carrier, yet remain relatively symptom-free. In a normal healthy person, these two little parasites will happily live in a person’s digestive tract and cause little to no harm. This is exactly what we see with Candida albicans as well, in a normal healthy digestive system, Candida will be in balance with other organisms and tend to behave. Unfortunately, when out of balance, they can cause a lots of problems that not only include digestive system complaints, but many other symptoms affecting the entire body.

Here are the most common signs and symptoms of parasite infection:

Here are the less common signs and symptoms, more likely to occur if you have been infected for a long time:

The terrible thing I have seen is that there are too many patients who present with these chronic symptoms often for many years, they have been misdiagnosed or told they are suffering with irritable bowel syndrome (IBS) or sent to a Dietician or even given a prescription for an antidepressant.

How Do You Get A Blastocystis Hominis or Dientamoeba Fragilis Infection?

These two microscopically tiny parasites are found in most countries throughout the world today. They tend to be much more common in Third World countries, or in places with less sanitation or poor hygiene standards. My guess is that water is one of the easiest ways of transmission, but the risk is high with foods and drinks in general. Exposure to animals is another common route of transmission, but I think the quickest way to get Blastocystis Hominis and Dientamoeba Fragilis is through poor personal hygiene, ie. not washing hands.

How can Blastocystis Hominis and Dientamoeba Fragilis be diagnosed?

The most definitive test is the CDSA x 3, a test that includes taking three stool samples taken on three concurrent days. A good stool test will not only correctly diagnose if there is a problem with Blastocystis Hominis and Dientamoeba Fragilis, but will reveal much more information, such as the level of beneficial bacteria, inflammation, digestive antibody levels (sIgA), tumor markers, and much more. Please contact me if you want more information, a stool test is available to you if you desire and at a much reduced rate than you would normally have to pay.

How Do I Treat Blastocystis Hominis and Dietamoeba Fragilis?

There are different ways to approach the problem of parasites, there is the “natural” way and then there is the pharmaceutical method of a combination of these two methods. Treatment depends on the severity and duration of the complaints. A very successful treatment program involves Triple Therapy, and was originally developed by Professor Thomas Borody, a doctor who became famous for his work on teh development of triple therapy for Helicobacter pylori (H. pylori) infection. In the late 1980s, Borody worked with Dr. Barry Marshal and Dr. Robin Warren (who later received a Nobel prize for their ground breaking research into Helicobacter pylori), and is considered to be the first physician to successfully formulate the triple therapy that would later on become the gold standard for treating peptic ulcer disease caused by Helicobacter pylori infection. Today is is recognozed that more than 90 percent of all stomach ulcers are caused by a spiral shaped bacteria called H. pylori. But the interesting thing today is that most medical doctors still “aren’t convinced” that many chronic digestive complaints are cause by parasites such as H. pylori, Blastocystis Hominis and Dientamoeba Fragilis, leaving many of their to suffer in silence for years.

Triple therapy for H. pylori involves a combination of bismuth, metronidazole and tetracycline. A number of other commonly prescribed drugs are available, but many of these have a high failure rate. There are many different powerful natural treatments such as grapefruit seed extract (GSE) and oregano oil that can be used under supervision of a healthcare professional before a form of triple therapy is seriously considered. I am not averse the use of drugs to eradicate Blastocystis Hominis and Dientamoeba Fragilis, because I know just how difficult these parasites can be to eradicate. You may be thinking “This is crazy, recommending an antibiotic, after all I have Candida!”. But wait one moment, what if you DON’T have Candida, what if you have an infection with Blastocystis Hominis and Dientamoeba Fragilis instead? Now you can understand why testing is very smart, before you spend all that money on treatments, first assess what yo are dealing with.

Can Blastocystis Hominis and Dientamoeba Fragilis Be Cured?

It makes sense to test before and after treatment. In my experience, over 75 percent of Blastocystis can be cleared very quickly with an effective treatment upfront. In many cases there will be a recurrence over time, and this is when a second and even third treatment are often necessary for a complete clearance and cessation of symptoms. Dientamoeba Fragilis is n easier parasite to eradicate that Blastocystis, and more than 90 percent is cleared relatively quickly, but the same applies here too – recurrence. For most effective parasite treatment it is almost always necessary to treat two to three times at spaced intervals.  Adopting a healthy diet is vital if you want to eradicate parasites like Blastocystis and Dientamoeba, just like it is if you have a Candida yeast infection. You will be able to read al about the right diet on this website.

In my experience, over 75 percent of patients with parasites will be able to succesfully eradicate them with one, two or three effective treatments. There will always be a percentage that have more resistant parasites or have one or several other factors affecting recovery. Food allergies, food intolerances and leaky gut often need attention in such cases.

How To Prevent Blastocystis Hominis or Dientamoeba Fragilis Infection

Be extremely careful with water when you travel, ensure that water comes from a very clean and reliable source. Check that your plastic drinking bottle has not been re-filled, look at the seal! It happens more often than you think. Only consume boiled tap water, canned, bottled (look at the seal) or bottled carbonated water. Always mare sure that uncooked foods are thoroughly washed with boiled tap water.