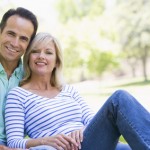 Here are a few typical case studies, the cases are real, only the names have been changed to protect the patient’s identity and privacy. CandidaCrusher book contains many case studies throughout. I have also shared few of them on my blog which you can go through.

James came to see me about a very itchy skin complaint affecting his face and around his armpits. He had the complaint ever since coming back from Dubai where he used to work two years ago. He found that the rash came and went at times and had tried various creams from both doctors and specialists all to no avail. I have rarely found that patients get fantastic results just by treating the skin with all manner of creams, either prescribed by their doctor or by the “cream specialist”, the dermatologist. It is the underlying causative factors that must be addressed before we can expect truly great results. When I further questioned James it became apparent that he also suffered from constipation on and off the past few years (a common development for those who have lived in Dubai I have found), yet his stools are poorly formed and quite loose at other times.

People seem to think that constipation means “not going”, but irregular bowel habits, easy some days and difficult the next and stools which are formed OK one day but are poorly formed the next means constipation in my books.

James also mentioned that he was passing a lot of water throughout the day and that his energy is generally low. His siblings describe him as moody and anxious. The skin rash around his face looked very inflamed and red, and when further questioned about skin issues he told me that his anus becomes incredibly itchy at times and has tried various creams and potions for this complaint all to no avail as well. James had developed a liking for beer since working long hours in Dubai, and drinks two to three beers most nights. When James was questioned about his diet he was quick to mention his love of take away, and a few nights a week he will eat pizza in front of TV. He loves a piece of toast in the morning with jam or marmalade. What do you see here? That’s right, a sugar addiction which is feeding up the yeast overgrowth in his intestines and making him crave even more sugar. We changed James’s diet and recommended a “candida program” which I will describe in Part 3 of this series in next month’s edition. James improved tremendously over the next six months to the point where he was not noticing the skin complaint much more; he has also lost an incredible 12 pounds in weight and has developed a whole new awareness about diet and lifestyle in the healing process.

Elva has enjoyed great health all her life, in fact she has never been to a doctor except when her twin boys were born more than forty years ago. About six months ago Elva noticed that her eyes were starting to “play up”, they were becoming increasingly blurry, watery and uncomfortable and her focus was not as good as it should be. I referred Elva to an Optometrist friend and after a battery of tests he referred her to an Ophthalmologist who could also find nothing wrong with Elva’s eyes. As the problem was getting worse, a few months later Elva decided to seek help again and ended up in our clinic. I did all my investigations and found that she had a digestive problem, a mild case of intestinal dysbiosis. I treated her accordingly and within one month she noticed that her blurry eyes had improved remarkably. She was grateful that there was nothing seriously wrong with her eyes and was now aware of how to treat it if ever recurred in future. Elva’s case is very interesting in that she did not present to my clinic with anything but blurry eyes and yet when the case was carefully examined it was found that she had an underlying digestive problem. Most people that Elva had consulted dismissed her eye problems as being age-related, but Elva was quick to say that when her mother was in her late 70’s still had excellent vision without the need for glasses. I recommended Omega3 as well as a strict diet and a “kill” program which was most effective. Her eyes are now no problem, and this case has really “opened my eyes” (pardon the pun) as far as dysbiosis is concerned.

Denise came to my clinic a few years ago with lots of digestive problems – bloating, flatulence, constipation and diarrhoea but the main thing she complained of was pain in the digestive system, around her belly button. The problem had been getting worse over the past several years to the point where Denise had been to every practitioner in town. Her doctor had referred her to a gastroenterologist (bowel specialist) who performed a colonoscopy and gastroscopy and found that there was nothing wrong. Denise was worried because her aunt and her mother had bowel cancer in her mid 50’s and naturally this is what Denise thought she had. She had become very anxious, depressed and had developed insomnia the past several months because her bowel complaints remained unresolved. I wanted to put her mind at rest and authorised a comprehensive stool test. What came back in the results was extraordinary – Denise had a very major infection with yeast in her digestive system. In fact, all three stool samples were full of yeast. If your stool can actually culture yeast after the stool has been passed through your digestive system you have a major problem. Yeast should generally be dead when it passes through your digestive system, so passing live yeast in your stool means you have a seriously bad candida infection. You would expect to culture candida after a vaginal swab but not through a stool test, and especially not if you test three stool samples on three concurrent days and each time you find a major yeast problem. We treated Denise for three months and I just recently received this card from her saying: Eric, Thank you for getting my health back on track, I can’t thank you enough. Kind Regards, Denise. Do you have pain in your digestive system? Then check for yeast infection before you spend a lot of money at the bowel specialist.

I have a good friend who used to enjoy a glass or two of pinot noir most nights until I made him aware of the connection between the rash on his face and the daily wine. On a few occasions when we were out together he would say: “Eric, I feel like something sweet” and I would say: “Jim, those bugs are calling your name again”. It took a few months for him to see the connection with his eczema and his desire for alcohol (sugar and yeast) but the penny finally dropped. Once he reduced his wine intake and stopped eating chocolate bars the skin almost cleared up. It all started about ten years ago when he had a very stressful job overseas and to unwind he used to drink every night after work. He developed a “leaky gut” from too much alcohol, stress and a poor diet and started to develop a food allergy towards gluten which he still has to this very day. I am very suspect these days with so many patients telling me they have “gluten allergies”, and the first thing I check for is to see how leaky their small intestine has become due to their dietary habits in the years preceding their “gluten allergy diagnosis”. While I have no doubt there are some bona fide cases of gluten allergies, I very much doubt that half of the people I see who have this diagnosis really have an allergy towards gluten. What they have in fact is an intolerance which turned into a full-blown food allergy due to their digestive tract becoming dysfunctional over time. I have seen many patients loose their allergies and intolerances by following a strict adherence to a healthy diet with the addition of nutrients such as glutamine and certain beneficial bacteria to rebuild their leaky gut syndrome. Are those bugs calling your name?

Grant is a keen cyclist who came to me complaining of feeling spacey which started to develop about three months after he moved from the UK to NZ about three years ago. Grant wanted his family to get away from England and live in New Zealand and settled in Hawke’s Bay. He is a financial adviser who leads a busy and hectic life and spends a lot of time on the computer. Grant is up at all hours of the night as he works mainly with American clients and due to the time difference it is not unusual for him to be up at 3.00am still working online.

He was convinced that he had developed a brain tumour and had extensive (and very expensive) tests completed by one of NZ’s top neurologists which revealed that all was well. He was unhappy that the tests revealed nothing and the neurologist suggested that Grant see a psychiatrist who could also find nothing out of the ordinary and suggested he was “malingering” and referred him back to his GP. It was at this point that Grant came to my clinic, a very unhappy and grumpy and still spaced out man. He does not drink alcohol but does like fizzy drinks and I noticed that he was chewing gum during his appointment and had a packet in his shirt pocket. When questioned he mentioned that he drinks on average one litre of cola drinks a day and chews gum to “keep his breath fresh”. I immediately started questioning him about his digestive health, as “feeling spacey” can be a cardinal sign of dysbiosis, I had a stool analysis done which indeed did reveal fermentation and a yeast overgrowth as well as an abnormal liver function. I treated the dysbiosis as well as the abnormal liver function. My further recommendations were for him to abstain from all fizzy drinks, fruit juices and chewing gum which he did. Not only did his spaciness disappear within a six week period but his memory and concentration returned to normal and he no longer needed to write sticky notes which he used to plaster all over the walls of his office, home and even inside his car.