You are here: Home / Yeast Infection Treatment / Pharmaceutical Drugs / Drugs Are Centred Around The LD-50 Rating And Can Perhaps even Kill 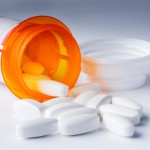 Several years ago I had major success with a patient who was suffering from severe asthma. This was a lady in her late 60’s who was taking six (yes, 6) anibiotics in a rotational fashion to conquer her respiratory tract infections she was getting because of her excessive and ridiculous dependence on steroidal “puffer” asthma drugs. Immuno-suppressive drugs are just that, they suppress immune function and the patient becomes increasingly at risk of all manner of acute and chronic infections. Christine was one of the first patients to begin a combined regime of an inhaled steroid and beta-antagonist drug (Ventolin) in New Zealand in the 1960’s.

Chris had developed a disease called Cushing’s disease from her excessive and continuous reliance on steroid drugs for her breathing problems. I at once recognized her need for adrenal treatment due to her 40+ years of drugs such as antibiotics, various inhaled steroids and the Ventolin. We began Christine on adrenal fatigue treatment at once, utilizing Dr. Wilson’s Adrenal Fatigue Program. After 6 months of treatment, results were evident, but after one year of treatment ALL the antibiotics had been discontinued and we were starting to reduce her dependence on those toxic drugs. The results were mind-blowing, and to this day Christine remains on of my most successful cases after being in practice for twenty five years.

The amazing thing is that each month Christine’s peak-flow volumes were increasing, and this was accurately measured and determined after spirometer testing to assess her lung function by her respiratory physician. A spirometer is a device which is used to measure the flow of breath in and out of the lungs, during this test the patient breathes in and out of a tube connected to the spirometer so that lung function can be assessed. I received a phone call from her doctor in fact, a respiratory specialist physician who wanted to know “What on earth I was recommending this patient”, as he had “never seen an asthmatic ever improve her lung function so rapidly.” When I told him that I was using some of the best dietary supplements ever created that specifically target the patient’s stress axis (hypothalamus, pituitary and adrenal glands) his comment was to keep using them, as they were obviously doing the job, and not to discontinue therapy because it was most beneficial to the patient. My reply was, “Well doctor, why don’t you use this therapy on your adrenally depleted patients, those you have placed on steroidal drugs for many years.” And his response? Wait for it, you won’t believe it however it is without a doubt 100% EXACTLY what he said to me….

“I wish I could, but we can’t use anything but pharmaceutical drugs in hospital”

Did you know that all pharmaceutical drugs are based on what we call the LD-50 rating? What does this mean? Well you may be shocked to discover that LD means “lethal dose”. That’s right, LD-50 is the amount, if given all at once, will cause the death of half (50%) of a group of test animals. This is one way of measuring the short-term acute toxicity (read: poisoning) of a chemical substance. Most often these tests are run on mice and rats, and the LD-50 rating is expressed as the amount of drug given per 100 grams (rats or mice) or kilograms of larger animals they poison and kill, like dogs, rabbits or monkeys. The drugs are given to the poor unsuspecting animals either by direct application to their skin or given by mouth. It is cruel and inhumane and to me reeks to me of horror experimentation, but these “Frankenstein-like” experiments are part of what we call “medical science”.

The drug company who make Botox, injects many mice with Botox until it finds a dose at which half of all animals die. This is then designated to be a “rouge gauge of the potential harm” to humans. Martin Stephens, Vice President for Animal Research at the Human Society of the United States, says: It’s as bad as it gets, poisoning animals to death.” Allergan officials say they have “no choice”. Without a government authorized safety test which does not use animals, an organization speaker says, lethal dose 50 “is by default the required test.”

But why study LD-50 ratings?

Pharmaceutical drugs have a wide range of effects on our health, and most all drugs create “side-effects” ranging from mild headaches, varied digestive problems right through to death. Depending on the type of chemical used in a drug, there are many different kinds of toxicity tests that may be required. Did you know that in the USA, dietary supplements cannot be classified as drugs, because they cannot be LD-50 rated? A drug needs to be able to kill an animal before it can be called a pharmaceutical drug. And then the drug company packages it up neatly and your doctor gives it to you. And then you come to my clinic complaining of the “side-effects” from this LD-50 rated chemical concoction, a drug that will kill when given in increasing concentrations to an animal.

Who Developed The LD-50 Rating?

The LD-50 rating test was developed in 1927 by J.W.Trevan in order to discover a way to estimate the potential toxicity of chemicals and drugs used at the time. Trevan developed the LD-50 because the use of “death as a target” was a convenient way to compare the toxicity of various chemicals that poisoned the body in different ways.  Although some new methods are being developed to determine the potential toxicity of a chemical substance, the truth of the matter is that many thousands of animals are poisoned to death each year in the name of science. Many still die slow, cruel and unimaginable deaths.

As you can see, drugs are based on a rating which determines that a particular dose can and will create unwanted effects, and that increasing doses actually kill the animal that takes them (whether it be a mouse, rat, rabbit, dog, monkey or human). The LD-50 rating is a cruel and inhumane way to test the ability of a chemical to cause toxicity, and because different chemicals cause different effects, it is difficult to compare the toxic capabilities of one chemical to another. Some chemicals are more neurotoxic (nerves), others are more hepatotoxic (liver) and others yet others are more toxic to the kidney. To measure the potential of toxicity or intensity of these chemicals in a living organism, it is important to distinguish the toxic capabilities of each individual chemical by measuring how much of this chemical is required to cause death. This type of test is known as a “quantal” test because it measures an effect that will either “occur” or “not occur”. In other words, the animal will either die or live.

But wait a minute, what if an animal is still alive after an LD-50 test, but is now a poisoned animal? What if a disease in time develops such as a cancer as a result of these chemicals? Has this ever occurred to you, that by taking a pharmaceutical drug on a daily basis, for years on end, that it may be actually be poisoning you? What if you are taking several drugs concomitantly, of which no studies have ever been completed on their combined LD rating?

Perhaps it’s time to rethink the use of such “medicines”, chemical drugs classified and rated under a system which establishes the ability of that chemical to actually kill a living organism – stone cold dead.