You are here: Home / Other Issues / Always Disconnected & Dizzy: Is It Candida? 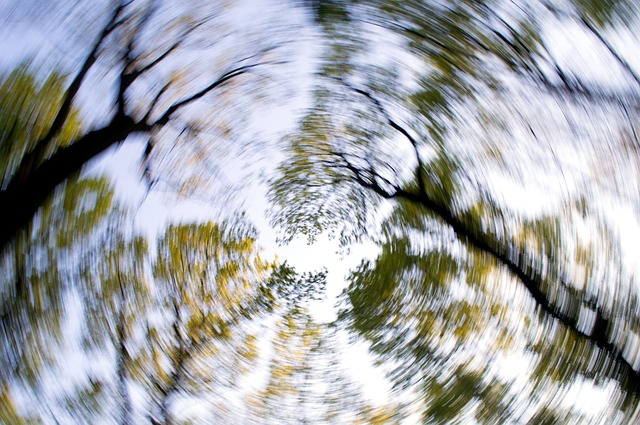 Feeling disconnected from yourself and the world is not a desirable situation, and can cause anxiety in individuals who feel out of control with their health. Amber is 37 years old and often feels as though she’s in a dream when awake and going through her day.

She is often dizzy, can’t remember what she did that day, feels as though she blanks out into nothingness for several minutes, and can’t focus on much in life. Even trying to watch a movie is difficult for her as she feels like a true couch potato in that she can’t easily recall what she saw.

Before I continue with this article, you should know I've recently compiled a list of science-backed ways to get rid of candida yeast infections. You can download my free Candida Report here if you haven't yet.
Amber has two cats, and notices that she’s forgotten to feed them in the morning when she gets ready for work at 5am which begins with an hour commute to her job. She’s going to school online, but has had to drop down to one class per semester because she’s worried about her health.

She lives on her own but has many supportive friends who have tried to help her through promoting supplements and diets. Nothing she’s tried has worked, and her doctors don’t listen to her or tell her that she’s only tired (she also mentioned that she sleeps a lot over the weekends and tries to get at least 7 hours on weeknights).

One of Amber’s best friends learned about candida, and Amber wants to know more before she tries yet another diet. She’s weary of candida because of how much she’s read online about yeast infections that confuse her and makes her think everyone should have an overgrowth. While we suggest Amber to take the candida yeast quiz on our website to start with, we will discuss the issue in detail below.

Even if medical tests come back normal and your body seems fine, stress, anxiety, and depression can have severe effects on wellbeing. People may not always recognize when anxiety is present, as it may not be apparent.

Bowel movements, adrenals, and other bodily functions may seem to work properly when under emotional duress, however prolonged anxiety, stress, and depression can still affect brain health.

These problems can also cause ongoing inflammation: when the immune system overreacts. This adds stress on the body, and inflammation may create brain fog, dizziness, distance from oneself, and other head-related symptoms.

If an inconsistent work and sleep schedule is present but emotional concerns don’t seem obvious, check into sleep patterns. Not having natural patterns of sleep, even if sleeping, can affect how the brain functions throughout the day and how alert and cognitive you are.

No matter how much sleep one gets, if the natural patterns of sleep are disrupted or do not occur, exhaustion can set in as the brain works harder during waking hours. Sleep determines how well the brain is able to communicate with the body, register information about the environment, and affects mood and focus. Digestion, vision, and cognitive ability are also affected by how much or little healthy sleep patterns one gets.

A healthy night of sleep begins with NREM (non-rapid eye movement), and transitions to REM (rapid eye movement). NREM has different stages that lead the body into deeper sleep, and the brain becomes less responsive to the external environment. Those who are difficult to wake up, or heavy sleepers, are thought to be in the REM stages of sleep, while light sleepers who are easily awoken stay in the earlier phases of NREM.

REM is believed to be the stage when dreams occur, and may create a sort of paralysis in the body. Some people have sleep paralysis when trying to sleep: they can’t move their body or speak as though in the REM phase, but they are still cognitive. This can cause anxiety, but is rare in individuals.

Even if dreams are not remembered in detail, having some recollection signifies that REM was achieved. Both REM and NREM should alternate in cycles throughout the night.

While most western culture promotes 7-8 hours of sleep in one block, many other cultures take afternoon naps as the internal clock of the brain may lag and fall behind. Even taking a few minutes to rest and relax the mind can replenish energy. Sleeping pills may help for sleep, however continual use can cause dependency. Pills may not provide the proper NREM and REM cycles of sleep, either.

For those who don’t get enough sleep and drink caffeine to stay awake, this essentially scrambles the brain’s wiring and can cover up, but not eliminate, the exhaustion, as the brain can go into overdrive. Paranoia, fear, and skittishness occur in some individuals who have caffeine, and this can create more stress on the body that leads to exhaustion and disembodiment.

Electronic use before bed can disrupt healthy sleep patterns, as blue light replicates daytime and affects the body’s internal clock schedule. Use specific apps or tools to reduce blue light, or leave at least 20 minutes between electronic use and bed to support healthier sleep patterns.

If sleep is disrupted or needed in excessive amounts, the body’s immune or digestive system may be compromised. Likewise, a compromised immune system can overexert the body and create problems with sleep patterns and mental function.

Candida affects the liver, which transforms toxins into a non-toxic state and removed from the bloodstream. If too many toxins, such as excessive viral, fungi, or parasites, pass through, then the liver can’t filter the blood quickly enough. The still-toxic blood spreads throughout the body, including the brain. Take a candida quiz to find out what other symptoms may be present, and if the cause for brain fog, dizziness, and other head-related symptoms could be the cause of candida.

Electromagnetic fields (EMFs) are present in our daily lives with computers, cell phones, electric razors, and any other form of technological devices. Electrical transmissions in higher doses or for extended periods of time can stimulate muscles, nerves, and other biological parts of the bodies as people are active electrically, even in the digestive system and especially the brain. This includes nausea, headaches, equilibrium, and other drunk-like sensations.

Lyme Disease may infect the brain and spinal cord, causing anxiety, memory fog, and other emotional or brain-related symptoms. People’s bodies react to Lyme in different ways, but one of the biggest signs of a deeper Lyme disease infection is having no prior symptoms to brain-related concerns in the past.

Blood tests are not always reliable, as Lyme can disguise itself in the body and has multiple strains that bloodwork cannot always detect. However, the brain becomes inflamed, so controlling inflammation and getting plenty of rest while reducing stress in life while working to diagnose a potential Lyme infection is important to maintain health.

Exposure to heavy metals can cause a neurologic disorder known as toxic encephalopathy. This depletes oxygen to the brain, affects neurons and nerve function, and can hinder nutrient absorption. Organic solvents and other chemicals are used widely in many occupational jobs and work places. Toxic encephalopathy is diagnosed with a thorough neurological examination.

Some people have reported that removing dairy improved their symptoms with disassociation and disorientation significantly, as dairy is a common allergen that can cause digestive upset, inflammation, mucus, and mental fog. Cervical pillows are another option to support better sleep positioning, reduce strain and nerve tension in the body, and improve headaches or other head-related concerns. These pillows come in different forms, and any discomfort felt indicates that the shape is not correct for the individual.

Reducing foods that cause inflammation (such as dairy and gluten), removing sugar, and following a candida diet even if candida is not a cause may reduce symptoms. Taking a multivitamin targeted toward digestive health such as CanXida Restore is important as well. Multivitamins contain B vitamins for cognitive function and minerals for overall health (but if exposed to many chemicals, go through a neurological examination with your health practitioner to ensure there’s no poisoning), and CanXida Restore has higher amounts than average formulas for brain and nervous system support.